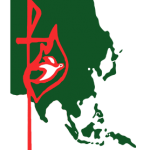 Here is the complete history on how FABC started.

In 2020 we will commemorate and celebrate the 50th anniversary of the Federation of Asian Bishops’ Conferences, the FABC. In 1970, 180 Roman Catholic Bishops of Asia gathered at a meeting in Manila for a week and Saint Pope Paul VI was present for the latter part of that meeting. It is at this meeting that the FABC was born. At this meeting the 180 bishops approved that there be a permanent structure for the Episcopal Conferences of Asia and they approved the resolutions for that structure. From the beginning those who spoke of the FABC beginnings say that it began with the 1970 meeting. That is when the Bishops of Asia themselves initiated what would be called the FABC.

We recall, we remember the beginnings not only as a historical event of the past only but we also do so in order to renew the FABC with the spirit of the founders. In a sense, what they did in 1970, we do in 2020, with gratefulness for the past, we set out to begin again in our time and into the future with that same enthusiasm of the founders for a relevant structure for the Asian Bishops to collegially communicate, cooperate and collaborate on being Church in Asia.

“The meeting (in 1970) concentrated on the need to set up an Asian organization of Bishops that will help them to coordinate their work especially in the work of evangelization and social development…. The bishops began planning out strategies for the future. As a first step in this direction, it was agreed to launch out on the setting up of the FABC. But the Bishops did not wait for the formal setting up of the organization to commence their work. Seeing the urgency of the demands on their pastoral responsibility, they examined priorities.”

Cardinal Oswald Gracias, the FABC Secretary General, in his message to the X FABC Plenary Assembly in 2012 said: “This dream [forming an Association of Bishops from Asia] became a reality when the Bishops met in Manila on the occasion of Pope Paul VI’s visit to the Philippines in 1970. They got not only encouragement from the Holy Father but active support and direction for this Association.”

These are mentioned to emphasize that the founding fathers and later FABC leaders consistently return to the 1970 meeting as the beginning of the FABC.

It is commonly held that the basis of the FABC goes back to the Second Vatican Council itself. It was during the sessions of the Council in Rome that many Asian bishops were able to meet one another for the first time. Their long spells of staying together in Rome for the Council enabled them to form closer friendships with one another. Actually, most of them realized that until then they have had better relationships with bishops from Europe, especially from Rome, than with their fellow bishops from Asia. It was precisely this realization that made them talk about the need for a structure which would enable them to have more interaction and cooperation among themselves across Asia.

Also, during these years, travel and communications were not at all what we have today. It was only during the 1960s that air travel became more common. Archbishop Oswald Gomis of Colombo, Sri Lanka, was at the 1970 meeting in Manila. He speaks from first hand participation in that meeting. Archbishop Gomis was the Secretary General (President) from 2000 to 2005, in speaking about the 1970 meeting, he said to the VIII FABC Plenary Assembly in 2004:

Thus, the Federation of Asian Bishops’ Conferences (FABC) is the fulfilment of this long-standing dream of the Bishops of Asia. The Second Vatican Council could be called the period of remote preparation for this federation. They met together officially as a very large group of bishops, 180, in 1970 in Manila, Philippines, just five years after the Second Vatican Council. This meeting during the papal visit of Saint Pope Paul VI to Asia provided the proximate occasion for the Asian bishops to come together, once again, and to lay a firm foundation for what would become known as the FABC.

However, 1970 was not the first time that Asian bishops had met together outside of the Second Vatican Council. In fact, there were numerous meetings of the bishops to set the stage and to plan and prepare for the 1970 ABM.

It was in 1958 when for the first time in history more than 100 bishops from all over Southeast and East Asia and Oceania met from 10 to 16 December 1958 in the Central Seminary of the University of Santo Tomas in Manila. This meeting was preceded by the consecration of the Manila Cathedral on December 7, 1958. This meeting comprised 10 Apostolic Nuncios from Egypt to New Zealand, 16 Archbishops and 79 bishops from 17 different nations of the Asia-Pacific region. This “Conventus Episcoporum Asiae Austro-orientalis” was presided by Cardinal Gregorio Pietro Agagianian who was the Pro-prefect of the Congregation for the Propagation of the Faith. He was the special envoy appointed as delegate by Pope John XXIII. It was Pope Pius XII who proposed the idea of a continental Catholic radio station in Asia. After his death, the idea was carried out by His Holiness Saint Pope John XXIII. On December 1958, the above-mentioned bishops unanimously resolved to establish a radio station to serve the countries of Southeast Asia. This would become Radio Veritas Asia. Cardinal Rufino Santos of Manila played a pivotal role in the development of the Radio Veritas Asia since the Philippines was chosen as the site for the radio station and towers.

Beginning in 1960 a non-stock, non-profit corporation was organized to be the legal owner of the radio station in the Philippines. The Articles of Incorporation and the By-Laws of the corporation – Philippine Radio Educational and Information Center, Inc. (PREIC) – were approved by the Philippine Security and Exchange commission in 1961.

The years after 1961 were spent taking care of the physical, financial, technical and legal aspects for the radio station. In January 1968 knowing that the station would soon begin broadcasting, Cardinal Rufino Santos of Manila invited representatives of the Church in Asia through the Bishops’ Conferences to a meeting to discuss the concrete participation in the co-ownership and co-responsibility for the station. Radio Veritas Asia is of, by and for the Church in Asia. As required by Philippine laws at that time, only 19% of a legal corporate board could be non-Filipino citizens. At this meeting the different episcopal conferences chose three bishops to be members of the board of PREIC as their representatives from different regions of Asia.

His Eminence Cardinal Thomas Cooray, Archbishop of Colombo, Ceylon, as the representative for Burma, Ceylon, India and Pakistan.

His Excellency Most Rev. Alain van Gaver, Bishop of Nakhornratchasima, Thailand, as the representative for Cambodia, Indonesia, Laos, Malaysia, Singapore, Thailand and Vietnam.

The inauguration of Radio Veritas Asia was on April 11, 1969 in the Quezon City complex. His Eminence Cardinal Antonio Samore, Prefect of the Congregation for the Discipline of the Sacraments represented the Holy Father. Many Asian bishops were present at this significant event. The greetings of Pope Paul VI were broadcast through Radio Vatican and the pope expressed confidence “that with God’s help, the Bishops of Southeast Asia will bring this immensely significant enterprise to full achievement, aided by the unselfish contribution of the Clergy and People which we earnestly solicit.”

Also, before the 1970 meeting there was another gathering of some Asian bishops in 1969. But this goes back to August 1965. This is when the Priests Institute for Social Action (PISA) met in Hong Kong. This was 150 priests from all over Asia, chosen by their bishops to attend this training seminar, to discuss topics from Mater et Magistra and Pacem in Terris by Pope John XXIII. The bishops themselves would be at the last session of the Second Vatican Council soon after this. Topics such as poverty, population, hunger, disease, cooperatives, labor unions, and agricultural research were discussed. This helped to build an Asia wide network for social action. This networking flourished in a meeting in 1969 of 40 persons, including bishops, priests and laity from Asia who met in Baguio, Philippines and one item discussed was an social action office to serve several countries. During this meeting, 9 bishops met and expressed the need for keeping lines of communication open among themselves and among the national episcopal commissions. It would have a full-time secretary and it was decided to have it in Manila with Bishop Julio Labayen of Infanta, Philippines, as the Chairman. This office was also to promote research and to link social action with other Church apostolates.

Again in 1969, interest by Asian bishops in establishing a structure for fostering greater ongoing communication and cooperation among the Asian local churches also took a step forward. As one of the fruits of the Second Vatican Council, the First Extraordinary General Assembly of the Synod of Bishops convened a select group of bishops in Rome, 11-28 October 1969, to discuss “Cooperation between the Holy See and Episcopal Conferences.” During this Synod, the presidents of 13 Asian episcopal conferences also met separately to discuss desires for their cooperation in Asia. On 21 October 1969, at the Collegio Filipino, with Cardinal Valerian Gracias of Bombay, India, as senior Asian Cardinal presiding, they agreed to convene a meeting, in Manila, of all the Asian episcopal conferences. In the next preparatory stage, nine presidents of respective Asian episcopal conferences met in Manila, 2-4 April 1970. Their caucus was within a meeting with 18 representatives from different episcopal conferences in Asia. These prior meetings set the stage for a meeting of the bishops of Asia, in Asia in 1970. 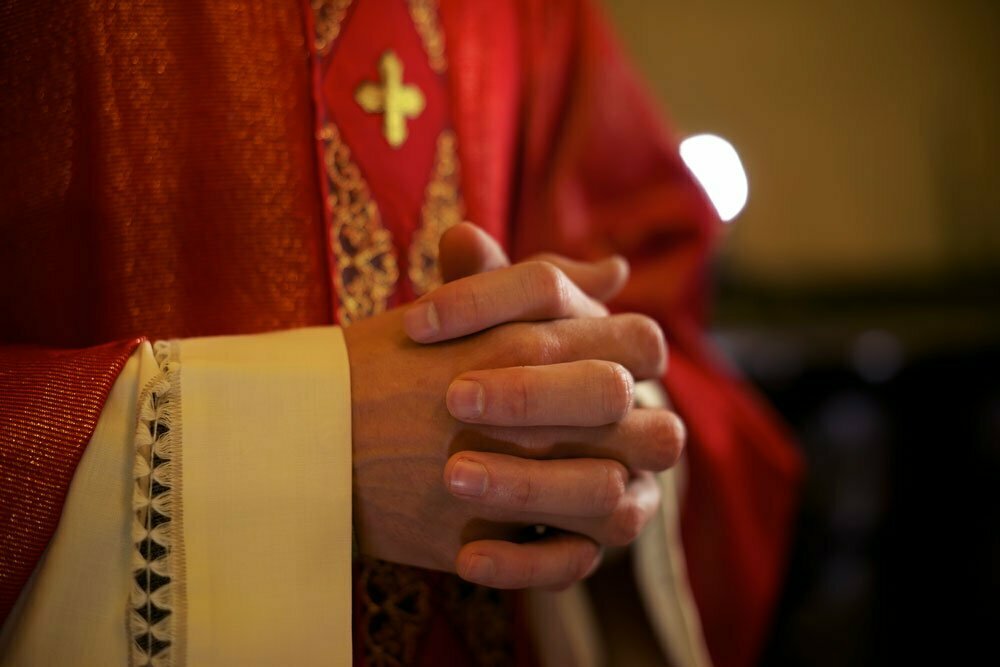